The Top Ten Uses of Magnesium 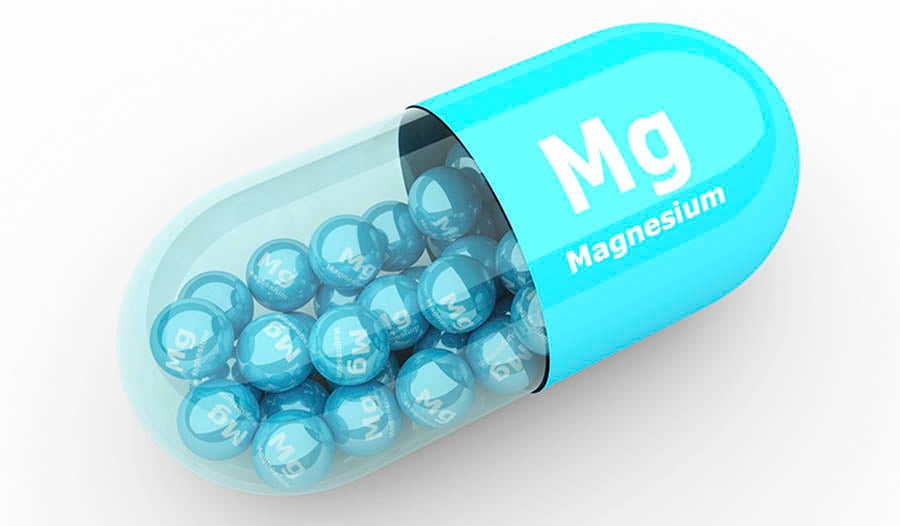 Magnesium is second only to potassium in terms of concentration within the individual cells of the body. The functions of magnesium primarily revolve around its ability to activate many enzymes.

Magnesium deficiency is extremely common in Americans, particularly in the geriatric population and in women during the premenstrual period. Deficiency is often secondary to factors that reduce absorption or increase secretion of magnesium such as: high calcium intake, alcohol, surgery, diuretics, liver disease, kidney disease, and oral contraceptive use.

Here are the top ten uses of magnesium listed in alphabetical order:

Magnesium promotes relaxation of the bronchial smooth muscles, as a result, airways open and breathing is made easier. Intravenous magnesium is a well-proven and clinically accepted measure to halt an acute asthma attack as well as acute flare-ups of COPD. Unfortunately, long-term oral magnesium supplementation has not been fully evaluated in the treatment of asthma or COPD.

Magnesium is absolutely essential in the proper functioning of the heart. Magnesium's role in preventing heart disease and strokes is generally well-accepted. In addition, there is a substantial body of knowledge demonstrating that magnesium supplementation is effective in treating a wide range of cardiovascular diseases:

Magnesium supplementation (most studies have used intravenous administration) has been shown to be helpful in angina due to either a spasm of the coronary artery or atherosclerosis. The beneficial effects of magnesium in angina relate to its ability improve energy production within the heart; dilate the coronary arteries resulting in improved delivery of oxygen to the heart; reduce peripheral vascular resistance resulting in reduced demand on the heart; inhibit platelets from aggregating and forming blood clots, and improve heart rate.

Magnesium was first shown to be of value in the treatment of cardiac arrhythmias in 1935. More than sixty years later, there are now numerous double-blind studies showing magnesium to be of benefit for many types of arrhythmias including atrial fibrillation, ventricular premature contractions, ventricular tachycardia, and severe ventricular arrhythmias.

Congestive heart failure (CHF) refers to an inability of the heart to effectively pump blood. CHF is most often due to long-term effects of high blood pressure, a disorder of a heart valve, or a cardiomyopathy. Magnesium levels appear to correlate directly with survival rates. In one study, CHF patients with normal levels of magnesium had 1- and 2-year survival rates of 71% and 61%, respectively, compared to rates of 45% and 42%, respectively, for patients with lower magnesium levels. In addition to providing benefits of its own in CHF, magnesium supplementation also prevents the magnesium depletion caused by the conventional drug therapy for CHF - digitalis, diuretics and vasodilators (beta-blockers, calcium channel blockers, etc.).

There is considerable evidence that a high intake of magnesium is associated with lower blood pressure in population studies. Because of this evidence, researchers began investigating the effect of magnesium supplementation in the treatment of high blood pressure. The results from double-blind studies have been mixed. Some of the studies showed a very good blood pressure-lowering effect, others have not. Magnesium appears most helpful if an individual is taking a diuretic or has a high level of renin - an enzyme released by the kidneys that eventually leads to the formation of angiotensin and release of aldosterone. These compounds cause the blood vessels to constrict and the blood pressure to increase. The degree of blood pressure reduction with magnesium is generally modest (i.e., less than 10 mm Hg for both the systolic and diastolic).

Magnesium is known to play a central role in the secretion and action of insulin. Several studies in patients with diabetes or impaired glucose tolerance have shown magnesium to be of value. Magnesium supplementation (usually 400 to 500 mg per day) improves insulin response and action, glucose tolerance, and the fluidity of the red blood cell membrane. In addition, magnesium levels are usually low in diabetics and lowest in those with severe retinopathy. Diabetics have higher magnesium requirements and need dietary supplementation to meet that need.

An underlying magnesium deficiency can result in chronic fatigue and symptoms similar to chronic fatigue syndrome (CFS). Low red blood cell magnesium levels, a more accurate measure of magnesium status than routine blood analysis, have been found in many patients with chronic fatigue and CFS. Double-blind studies in people with CFS have shown magnesium supplementation significantly improved energy levels, better emotional state, and less pain. These more recent studies support the results from clinical trials during the 1960s on patients suffering from chronic fatigue. These earlier studies utilized oral magnesium and potassium aspartate and found between 75% and 91% of the nearly 3,000 patients studied experience relief of fatigue during treatment with the magnesium and potassium aspartate. In contrast, the number of patients responding to a placebo was between 9% and 26%. The beneficial effect was usually noted after only 4-5 days, but sometimes 10 days were required. Patients usually continued treatment for 4-6 weeks.

Fibromyalgia is a recently recognized disorder regarded as a common cause of chronic musculoskeletal pain and fatigue. One study demonstrated that a daily supplement of 300 to 600 mg of magnesium (as magnesium malate) resulted in tremendous improvements in the number and severity of tender points.

Magnesium increases the solubility of calcium in the urine thereby preventing kidney stone formation. Supplementing magnesium to the diet has demonstrated a significant effect in preventing recurrences of kidney stones. However, when used in conjunction with vitamin B6 (pyridoxine) an even greater effect is noted.

Magnesium needs increase during pregnancy as reflected from an increase in the RDA from 280 mg to 350 mg per day. Magnesium deficiency during pregnancy has been linked to preeclampsia (a serious condition of pregnancy associated with elevations in blood pressure, fluid retention, and loss of protein in the urine), preterm delivery, and fetal growth retardation. In contrast, supplementing the diet of pregnant women with additional oral magnesium has been shown to significantly decrease the incidence of these complications.

Magnesium deficiency has been suggested as a causative factor in premenstrual syndrome. While magnesium has been shown to be effective on its own, even better results may be achieved by combining it with vitamin B6 and other nutrients. Several studies have shown that when PMS patients are given a multivitamin and mineral supplement containing high doses of magnesium and vitamin B they experience a better reduction in PMS symptoms compared to the results seen in studies with magnesium alone.

Magnesium is available in several different forms. Absorption studies indicate that magnesium is easily absorbed orally, especially when it is bound to citrate as well as glycine, aspartate, and malate. Inorganic forms of magnesium such as magnesium chloride, oxide, or carbonate are generally well absorbed but are more likely to cause diarrhea at higher dosages.

If you suffer from a serious heart disease or kidney disorder, please consult a physician before taking any magnesium supplement.

There are many drugs that appear to adversely affect magnesium status. Most notable are many diuretics, insulin, and digitalis.

There is an extensive interaction between magnesium and calcium, potassium, and other minerals. High dosages of other minerals will reduce the intake of magnesium and vice versa. A high calcium intake and a high intake of dairy foods fortified with vitamin D result in decreased magnesium absorption. Vitamin B6 works together with magnesium in many enzyme systems.

Usually, overdosage would result in diarrhea. Do the following in case of accidental overdose: If the victim is unconscious or having convulsions, call for an ambulance immediately. If you take the victim to an emergency room, be sure to bring the bottle or container with you. If the victim is conscious, call your local poison control center or a healthcare professional. The poison control center may suggest inducing vomiting with ipecac syrup (available without a prescription at any pharmacy). DO NOT induce vomiting unless specifically instructed to do so.

Magnesium For Your Health and Wellness

Understanding Magnesium’s Role in the Brain and Mental Health Benefits

Magnesium has numerous bodily functions, some of which make the mineral critical for mental health.

Up to 75% of the world consumes inadequate amounts of magnesium. A doctor discusses common symptoms of magnesium deficiency, from muscle cramps to migraines.