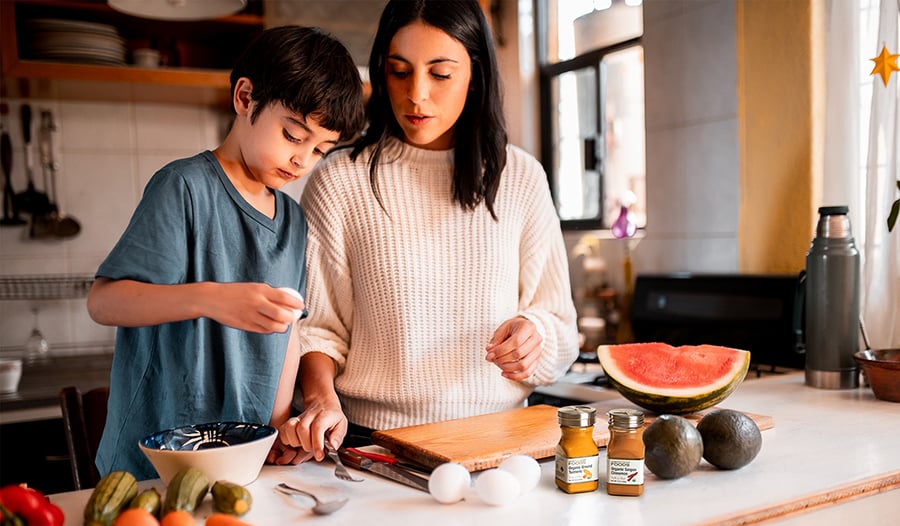 Spices can make a dull meal instantly flavorful and tasty. Spices can also bring complexity and variety to the flavor of common foods, making them new and exciting. But is that all there is to these typical food enhancers? Research suggests that spices may also benefit more than just your tastebuds. Science is starting to show that spices may be potent anti-inflammatory agents.

Spices are different parts of plants cultivated for their aromatic, flavorful, and pleasing qualities. Spices can come from roots, rhizomes, stems, bark, leaves, flowers, or seeds of a plant.

The many different phytochemicals in spices work together to give them their unique flavor profile. While harvested when fresh, spices are often dried to intensify their flavors.

One of the components that give spices their flavor is a volatile oil. These oils also contribute to the unique scent of many spices. Studies suggest that these volatile oils and other phytonutrients may also have powerful anti-inflammatory properties.

Some of the most studied spices that may help to fight inflammation include turmeric, ginger, saffron, black pepper, and cinnamon.

Turmeric, or Curcuma longa, is known as the golden spice because of its deep orangish-yellow hue. Turmeric has long been used in ancient and traditional cultures for medicinal purposes. For example, in Ayurvedic medicine, turmeric was used to improve digestion, relieve arthritis, regulate menstruation, relieve gas, and even strengthen the body's overall energy to improve longevity.

Modern research suggests that turmeric may help to improve joint pain from osteoarthritis. This is because of its main active ingredient, curcumin. Research suggests that curcumin acts as a potent anti-inflammatory by preventing the release of cytokines, or cell messengers, like interleukin-6, that promote inflammation in the body.

Curcumin may help to decrease this inflammation and as well as reduce pain. Curcumin has also been studied for many other conditions, including diabetes, metabolic syndrome, Alzheimer’s disease, and nonalcoholic fatty liver disease.

Most research has found that the dietary intake of turmeric was insufficient to achieve curcumin's potential positive health benefits. This is because dietary curcumin can’t be absorbed and used by the body efficiently.

Given that dietary curcumin in turmeric may not have a high bioavailability taking a curcumin supplement may be the best way to receive any possible health benefits.

Ginger, known scientifically as Zingiber officinale, is a powerful spice that has long been touted as the go-to home remedy for nausea and vomiting, especially for pregnant individuals. While research suggests that ginger may alleviate nausea and vomiting, this pungent spice may also have potent anti-inflammatory properties.

One comprehensive study looked at 109 randomized controlled trials of ginger on human health. This study found that ginger reduced inflammation in two ways. First, it stopped pro-inflammatory cytokine (cell messenger) release, and then it changed the expression of specific genes associated with inflammation. The study also found that ginger helped reduce the pain of those suffering from rheumatoid arthritis and osteoarthritis.

Other studies suggest that ginger may have anti-inflammatory properties due to the high amount of shogaols, the main active components in the pungent herb. Shogaols may help to reduce inflammation by inhibiting inflammatory enzymes and cytokines like cyclooxygenase-2 and interleukin-6. Thus, ginger may also play a role in helping to reduce pain.

While ginger can be consumed fresh, studies suggest there may be more benefits to consuming heat-treated or dried ginger, whether as a dietary herb or in supplement form. This is because fresh ginger is high in gingerols, while heat-dried ginger is higher in shogaols.

Saffron, Crocus sativus, is known as the world’s most expensive spice because of the physically intensive harvesting process. While this yellow spice is known for its price and flavor, reducing inflammation may be its valid claim to fame.

Saffron has traditionally been used as a medicinal herb in many cultures for centuries. Studies on saffron have found that it may benefit conditions as diverse as high blood pressure, seizures, depression, Parkinson’s disease, and Alzheimer's.

This is due to crocin, one of the main active ingredients in saffron. Research indicates that crocin may protect brain cells from programmed cell death (apoptosis) by reducing inflammation in the brain. Research also suggests that crocin may help to reduce the expression of inflammation-causing genes while protecting against stress on specific cell organelles, such as the endoplasmic reticulum.

Studies also show that saffron may reduce malondialdehyde, a standard marker of free-radical damage. High malondialdehyde levels are also linked to increased inflammation so saffron may act as both a powerful antioxidant and an anti-inflammatory.

Saffron has a low bioavailability in dietary amounts. Using saffron as only a flavoring spice for meals will not increase the number of beneficial constituents, like crocins, in the bloodstream because the components of saffron have poor absorption in the gut when ingested in small amounts. Saffron supplementation may overcome this barrier by providing enough spice to increase absorption in the body.

Everyone knows the black pepper that accompanies table salt at every meal. Known for its ability to add a bit of heat to any dish, black pepper is a staple for many experienced chefs and new cooks alike. What may come as a surprise is that black pepper may be a potent anti-inflammatory.

Black pepper, also known as Piper nigrum, possesses a variety of phytochemicals that give it such a complex flavor. The main component of black pepper is piperine, which gives black pepper its signature heat.

While piperine does heat things up, it also may act as an anti-inflammatory. Research indicates that piperine may have anti-inflammatory properties. For example, one study involving older adults with metabolic syndrome saw a reduction in markers of inflammation after taking a supplement that included piperine. The group of adults who took the piperine supplement saw a drop in their ferritin levels and lower C-reactive protein (CRP) levels. Both high ferritin and CRP are indicative of inflammation.

Black pepper may also have anti-pain or analgesic properties and anti-inflammatory characteristics. One animal study found that black pepper helped to relieve pain in animals after an injury.

In addition, black pepper has been shown to increase the bioavailability and absorption of many other herbs and nutrients like curcumin.

Studies suggest that black pepper does this by inhibiting human P-glycoprotein and cytochrome P450 3A4, proteins that contribute to the elimination of drugs and other molecules from the body.

Cinnamon, or the Cinnamomum species (spp.), usually invokes thoughts of tasty treats or exotic dishes, but this sweet spice may also have potent anti-inflammatory properties. Used as a traditional medicinal herb for millennia, cinnamon is now being studied by modern medicine. These studies suggest that cinnamon may play an essential part in reducing inflammation.

One study found that cinnamon stops the movement of white blood cells, specifically neutrophils, in response to inflammatory cell messengers. Stopping this migration of neutrophils can reduce overall inflammation.

In vitro, or studies done outside the body, as in test tubes, showed that cinnamon reduced the levels of inflammatory cytokines like interleukin-6 and tumor necrosis factor-alpha (TNF-alpha).

Cinnamon may be essential in reducing blood glucose or blood sugar levels in people with diabetes. Studies suggest that cinnamon does this in two different ways. First, cinnamon may act as an insulin mimic, making the body think the ingested cinnamon components, such as polyphenols, are insulin. Second, cinnamon may help make body tissues resistant to insulin and more sensitive to blood sugar–lowering hormones.

Cinnamon has a high bioavailability, meaning that the body may benefit from dietary amounts. However, cinnamon supplementation may be even more beneficial for certain illnesses like diabetes.

Spices can make life so much more flavorful. They can make a bland meal exciting and make even the most commonplace foods seem exotic, but they also may have the power to do much more. With the ever-increasing amounts of stress on the body contributing to increased inflammation, spicing things up with these anti-inflammatory spices may bring health benefits for years to come.

These Three Spices Are the Key to Healthier and Tastier Food

Spices do more than just add flavor to foods.

7 Spices to Give Meals a Warm Flavor

These seven warming spices are flavorful additions to winter cooking.

Fight Inflammation and Improve Gut Health With This Superfood

Cranberries have impressive health benefits for keeping your body, and especially your gut, in tip-top shape!