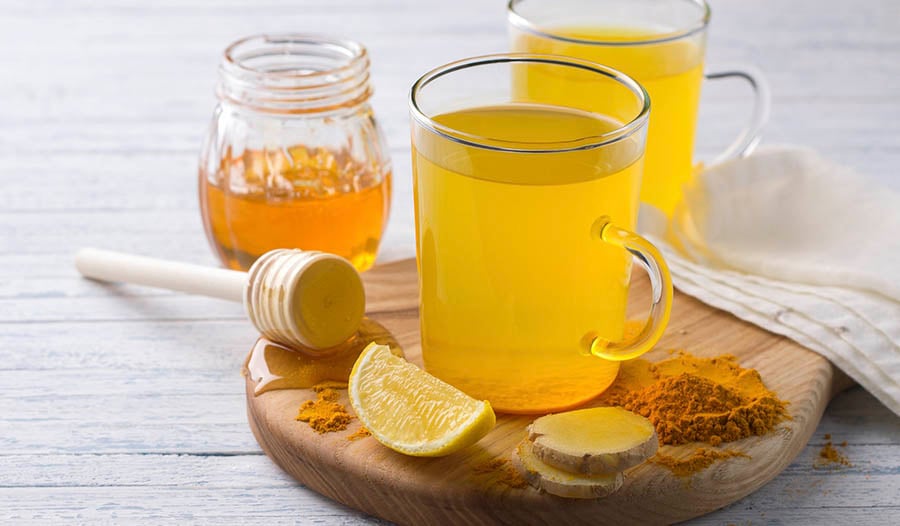 A hot cup or a tall, cooling glass of tea can help one relax. Tea can help with more than just relaxation, though; some teas can also benefit an active lifestyle in many ways.

Aches and pains are present in most people. Relaxation is helpful to remove some of the pain, but one of the best ways to eliminate stress is to exercise. Stress is very hard on the body emotionally and physically. There are increased stress hormones in the body; specifically, the adrenal glands produce cortisol to fight against inflammation, but over the long term, cortisol causes many detrimental effects. For the body to heal naturally, movement and anti-inflammatory supplements are an excellent way to relieve those aches and pains. Herbal teas offer many anti-inflammatory benefits that could make a person feel better.

Tulsi is a native Indian herb in the mint family. Its stalks are purple with small flowers and grow as high as 18 inches. Due to the warmer climate of India, three harvests are possible per year. The health benefits and popularity of tulsi are widespread in some cultures.

Scientific studies have found that tulsi is an adaptogen. Adaptogens are chemicals that assist the body in increasing its immune response and resistance to internal and external stressors. In simpler terms, it may enhance the body’s ability to protect itself.

The taste of tulsi is comparable to an earthy, floral flavor, and it is often mixed with other ingredients as well. One such herbal component is ginger.

Ginger is well known in American and Eastern cultures. It is the classic ingredient in many stir-fry dishes, the surprising kick in ginger ale and also a warming flavor in creamy chai.

Historians are unsure of the exact origin of this root, but it has been around for a very long time. This root plant likes to be in warm climates, and the leaves and flowers can grow up to 4 feet tall. Ginger’s health benefits are almost innumerable.

A healthy tummy can make a happy life. Ginger tea has been used for thousands of years to help people overcome indigestion, nausea, the uncomfortable feeling after overeating and certain stomach problems. Ginger helps warm the stomach and calm it down. It also is thought to assist in speeding up the emptying process of the stomach, which may help the symptoms of dyspepsia.

Ginger also works as an anti-inflammatory and an antioxidant. These anti-inflammatory abilities may help reduce the pain after a workout due to the gingerol-compounds. Gingerol-compounds are the bioactive chemicals that give ginger its strength. One study, published by the American Pain Society in 2010, indicated that in mice, ginger was shown to increase the anti-inflammatory effects. The study looked at raw and warm ginger as a means of pain control, and they were found to have moderate to large relief in muscle pain.

Active lifestyles often include a considerable amount of stress. Whether the stress is found at work, keeping up with children or as a result of an intense workout, it is important to find a way to relieve that stress. Skullcap tea may help.

The skullcap herb is a flowering mint plant with two lobes that resemble military helmets. It grows in eastern North America and China and can reach up to 4 feet tall. In the 1700s, it was used as a cure for rabies and was also called Mad Dog Weed. It was later realized that the herb did not work as a cure, and research was done to find its true value.

Skullcap is used as a soothing herb and may be helpful for those with emotional stress to enhance feelings of well-being. Skullcap tea may also help with anxiety because it works to relax tight muscles and joints like on those who clench their fists or jaw when they are upset. These relaxed muscles may enable a person to sleep better at night.

Similar to ginger, skullcap also has anti-inflammatory effects and may be helpful for those who have arthritis or inflammatory bowel conditions because it decreases the pain and swelling that is associated with inflammation.

Turmeric is the golden spice of spices. For thousands of years, it has been used to make curry, flavor teas or make golden milk to spread its health benefits.

The Curcuma Longa plant is grown in Southeast Asia, and the dried, yellow root is how turmeric is made. According to the Mayo Clinic, turmeric is called a functional food. It is categorized as such because the food is more than just something that is good to eat; it also has multiple health benefits to fight against diseases.

Curcuma Longa’s chemical compounds that may be helpful to the body are known as curcuminoids, or, in simpler terms, curcumin. Curcumin is a powerful anti-inflammatory that may help prevent blood clots; this is helpful for people who have to sit for long periods of time such as on an international flight or at long business meetings.

Curcumin may also help those who want to be more active but are not able to due to arthritic conditions. According to a study on rheumatoid arthritis done by the Nirmala Medical Centre in Kerala, India, curcumin was found to be more potent than diclofenac sodium, an NSAID-like pain medication. The study also found that curcumin did not have the problematic side effects, like an upset stomach, that are usually associated with NSAIDS.

The nettle plant is also known as stinging nettle. It was used to make burial shrouds in the Bronze Age. Europeans also used nettle to make fishing nets and clothes. The green color of the plant indicates the presence of chlorophyll in it. In World War II, the British government used 100 tons of nettle to make the dye for its soldiers' camouflaged uniforms.

Stinging nettle does actually feel like a sting if it is touched. The plant has trichomes that release a painful and irritating substance when touched. Cooking the plant allows the pointy fibers to settle down and takes away the sting.

In ancient Egypt, stinging nettle was used for relief of arthritis and back pain. Hippocrates was known to have discovered 61 medicinal uses for stinging nettle, which included help for dog bites, swelling, nosebleeds, heavy menstrual bleeding, asthma and mouth sores.

Modern uses of nettle are also vast. Currently, it has been used to treat benign prostatic conditions, high blood pressure, arthritis, anemia and allergies. This is due to the anti-inflammatory, anti-microbial and analgesic capabilities in it. For those who are very active, drinking nettle or putting it on a painful area may bring pain relief.

The histamine present in nettle may also help those who like to be active outdoors. The symptoms of sneezing, watery eyes and hay-fever like allergies may be lessened with nettle. While taking histamine for a histamine-like reaction may seem odd, it has been shown to be helpful. The National College of Naturopathic Medicine did a study to compare nettle's effects and a placebo. The results showed that nettle did more to alleviate allergies than the placebo.

This article was written by an iHerb staff writer. 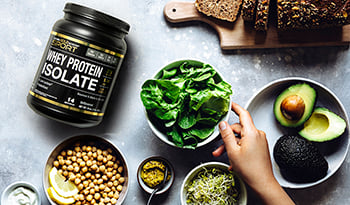 Intermittent fasting means focusing on when you eat, but you need to also pay attention to what you're eating. Find out which foods are best. 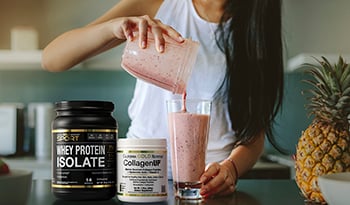 4 Replenishing Recipes to Break Your Fast With

What is fasting? How can it benefit your health? An expert shares the facts about fasts, and recipes for breaking them without putting stress on your system. 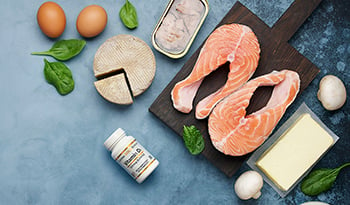 Which Foods Are High In Vitamin D?

Are you getting enough vitamin D? A doctor shares food sources of D vitamins, and explains why you need them in your diet.