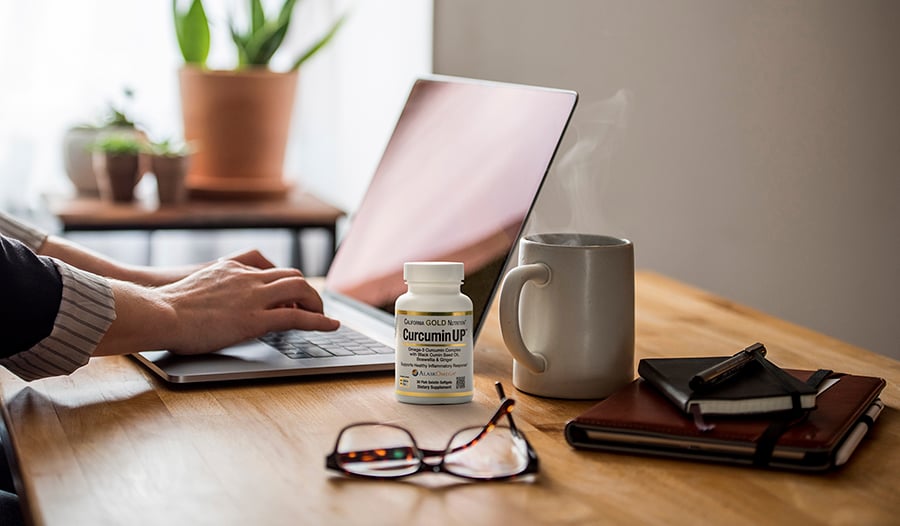 In the past few years, the concept of “hacking” human physiology, much like a computer expert may try to hack computer software, has become popular. The goal of biohacking is to exert a positive change, increasing brain power while improving the quality of our lives. However, is the human body and brain really hackable — and can we improve our biology and physiology with simple dietary and lifestyle changes?

Dave Asprey, entrepreneur and self-proclaimed biohacker defines biohacking as “the art and science of changing the environment around you and inside you so that you have full control over your own biology.”  Biohacking is a type of do-it-yourself science experiment that anyone who is interested can perform.

Hacking the body and brain begins with using one or a combination of the strategies.

Since the days of antiquity, our ancestors routinely fasted, abstaining from eating food and sometimes certain drinks for prolonged periods of time. Hippocrates and Plato even discussed fasting in ancient Greek writings. It can be argued that Hippocrates was the first official biohacker. Centuries later in the early 1500s, Paracelsus, a Swiss physician, alchemist, astrologer, and biohacker asserted, “Fasting is the greatest remedy — the physician within.”

Most who fast do so intentionally, but sometimes not. When a person is ill, for instance, the body might “force” a fast. Think about the last time you were ill. Did you eat? Chances are, you had little to no appetite. The loss of appetite during an illness or injury is the body’s attempt to restore balance to help regain health while present pathogens are literally starved to death as the body’s repair mechanisms go to work full force. The body is literally self-hacking in an attempt to create resilience.

Sometimes fasting was chosen by our ancestors for spiritual reasons, perhaps in an attempt to “purify the soul” or reach a higher state of being or self-awareness. However, due to the environment, humans were either in a feast or famine state. When food was plentiful, we feasted and when food was scarce, we fasted. Today, however, many people around the world are always feasting.

The human species would not have survived if fasting was dangerous and life-threatening. Recently, science has shown us that fasting does in fact have benefits for the mind as well as the body. We have all experienced how overeating can have a dulling effect on the mind.

Further, animal studies over the last few decades have shown that calorie restriction, which occurs during fasting periods, can help with weight loss and improve lifespan. According to research, this occurs due to the activation of SIRT1 and SIRT2 genes, which make proteins that slow down the aging process. In other words, instituting the practice of fasting may actually help you live longer and achieve better health.

Fasting has been shown to:

Participating in at least 150 minutes per week of moderate physical activity is not only good for the heart and vascular wellbeing but also great for the brain, memory, and the prevention of brain diseases. Physical exercise is one of the best and least expensive of all brain hacks in which a person can participate.

According to sports scientists, there are actually four different types of exercise. These include:

Studies have shown that exercise increases an important protein in the brain called brain-derived neurotrophic factor (BDNF) or abrineurin. This protein was first isolated in the brain of pigs back in 1982. BDNF helps new memory formation and is important in the maintenance of long-term memory.

A 2010 study concluded, “Aerobic exercise training is associated with modest improvements in attention and processing speed, executive function, and memory….” The BDNF protein plays a role.

A later 2016 study also showed that exercise not only helps with cognitive function but that it can also help prevent neurologic diseases such as Alzheimer’s and Parkinson’s. Exercise is also well known to help those with symptoms of depression. Starting with activity as simple as a daily walk is highly encouraged. For those in good health, participating in other forms of exercise should also be considered. Those with heart disease should consult their physician before starting a new exercise routine.

A low-carbohydrate diet, such as the ketogenic or paleo diet, may also be helpful to optimize brain health. Biohackers commonly use this strategy. Think about the last time you consumed a high-carbohydrate meal such as white rice, pasta, or bread. Chances are, you felt amazing during the meal and possibly shortly thereafter. However, 30 minutes to a few hours later, you may have felt physically fatigued or even had some brain fog. The reason this occurs is due to the fact that these types of carbohydrates, also known as simple carbohydrates, break down into sugar. The body then needs to secrete insulin to help process the sugar (glucose) load to which it has been exposed. If the sugar is not burned off, the body will eventually store it as fat.

When a low-sugar and low-carbohydrate diet is consumed, creating ketones becomes easier to do. Ketones are the alternate source of fuel made from body fat, which the brain uses when sugar is not present.

For example, a 2004 study showed that those with memory loss scored better when their brain utilized ketones and MCT oil for energy. Further, their memory recall was significantly better when compared to those who were given a placebo.

A 2019 study showed that a low-carbohydrate “ketogenic formula was therefore suggested to have positive effects on verbal memory and processing speed in patients with Alzheimer’s disease.”

I regularly recommend low-carbohydrate diets to my patients. Depending on the patient, I may recommend a paleo or ketogenic diet. Over the years, I have seen great results. In addition to weight loss, I have seen patients reverse their high blood pressure, prediabetes, diabetes, and high cholesterol. In the end, these patients have felt better and have improved their mental wellbeing and overall energy levels.

Chronic inflammation is the enemy of a healthy brain and body. Over the last decade, researchers have learned the importance of chronic inflammation and its ability to contribute to heart attacks, strokes, arthritis, and even dementia and other forms of memory loss. Acute inflammation, which occurs after an injury, is helpful in the restoration process, however, when inflammation occurs persistently, it is harmful.

Fortunately, there are also many anti-inflammatory foods that can promote health:

Homocysteine is an amino acid that can be elevated in the blood for various reasons. Causes include a genetic mutation of the MTHFR gene as well as deficiencies of vitamin B6, vitamin B12, or folic acid/folate. Tobacco smoking and regular alcohol consumption also appear to increase the risk of elevated levels as does having chronic kidney disease. The scientific evidence is quite strong that when elevated blood homocysteine levels are present, so is an increased risk for stroke, heart attack, and cognitive impairment. This likely occurs due to the production of increased inflammatory cytokines, including IL-1β, IL-6, and TNF-α, according to a 2018 study.

Achieving optimal blood homocysteine levels may be a great way to help prevent chronic disease from the beginning. A 2010 study evaluated 168 patients — 85 were given vitamin B6, vitamin B12, and folic acid while 83 were given a placebo. The scientists noted that those who took the vitamins had 53 percent less brain deterioration compared to those given a placebo.

A 2018 study also showed that those with a low intake of folate, vitamin B6, and vitamin B12 had increased brain degeneration, vascular dysfunction, and memory loss. B vitamins can be found in a complex formulation or individually as vitamin B6, vitamin B12, and folic acid.

In Indian culture, practitioners of Ayurvedic medicine have recommended turmeric for generations. Traditional Chinese medicine also uses turmeric or Jiang Huang for its perceived effect of being able to move a person’s “qi” or vital energy. In addition, people believe turmeric improves blood flow and alleviates abdominal pain. The active ingredient in turmeric is curcumin, which has anti-inflammatory properties.

When it comes to brain hacking, Dr. Dale Bredersen, author of the 2017 book The End of Alzheimer’s, considers turmeric an important part of improving symptoms of dementia and Alzheimer’s. However, there is no need to wait until dementia symptoms appear.

One scientific study showed that turmeric may play a role in decreasing amyloid plaque buildup in the brain, which begins 15-20 years before symptoms of memory loss. The buildup of this material in the brain is believed to be the ultimate cause of Alzheimer’s disease.

A 2017 study in the Journal of Alzheimer’s Disease concluded that turmeric could also play an important role in preventing memory loss. There is much excitement surrounding turmeric’s possible role in preventing mild cognitive impairment. It should be considered an essential supplement for biohackers wanting to optimize their memory while preventing loss in the future. Caution: Turmeric may increase bleeding risk for those on blood thinners. Consult with your physician prior to taking.

Many people consume turmeric by drinking it in tea form, using it as a powder for some skin conditions, and also swallowing it in capsule form. Curcumin/turmeric supplements are usually taken at doses of 500 mg daily or 500 mg up to three times per day.

Traditionally used in Ayurvedic medicine for its memory-enhancing benefits, bacopa monnieri has become more common outside India over the last decade, due to studies showing its effectiveness. Bacopa is also considered a nootropic, which inhibits the release of inflammatory cytokines in the brain, specifically IL-6 and TNF-alpha. In other words, bacopa can help reduce inflammation in the brain and may improve mental clarity.

A 2001 double-blind placebo-controlled trial showed bacopa improved speed of visual information and also improved the learning rate and memory when compared to a placebo. The maximal benefit was seen after 12 weeks, so patience is needed.

Lastly, a 2014 meta-analysis study (a study that looked at several studies combined) concluded, “Bacopa monnieri has the potential to improve cognition, particularly speed of attention.” In other words, improved memory and brain speed.

Suggested dose: As directed on the label.

Forskolin is an herb used in Ayurvedic medicine. Traditionally grown in Thailand, Nepal, and India, this herbal extract comes from the plant coleus forskohlii, which belongs to the mint family. Forskolin increases the body’s levels of what scientists call cyclic AMP (cAMP), an important chemical that helps cells to communicate and send messages to one another.

Omega-3 fatty acids are also known as PUFAs or polyunsaturated fatty acids. They play an important component in human health and have numerous benefits, including improving brain, heart, and gut functioning and more. Resolvins — omega-3 metabolites — are the substance that helps reduce inflammation, according to studies.

This word is probably not familiar, but chances are you consume xanthines daily or have at least had them before. An example of a xanthine is caffeine, most commonly consumed in coffee, tea, sodas, and dark chocolate. Scientists refer to caffeine as an adenosine receptor antagonist, which when activated, improves brain concentration, energy, and alertness.

A 2010 study in the Journal of Alzheimer’s Disease showed that caffeine reduced the risk of Parkinson’s disease, while a 2012 study in the same journal showed a reduction in dementia risk. Coffee and tea are popular among those who want to increase their alertness and a must for those wanting to biohack. Learn more about the origin of coffee and its other health benefits.

Quality nutrition is key to supporting our brain health as we age. If you are showing signs of decreased brainpower or loss of memory consider these nutrients.