A Quick Guide to Propolis 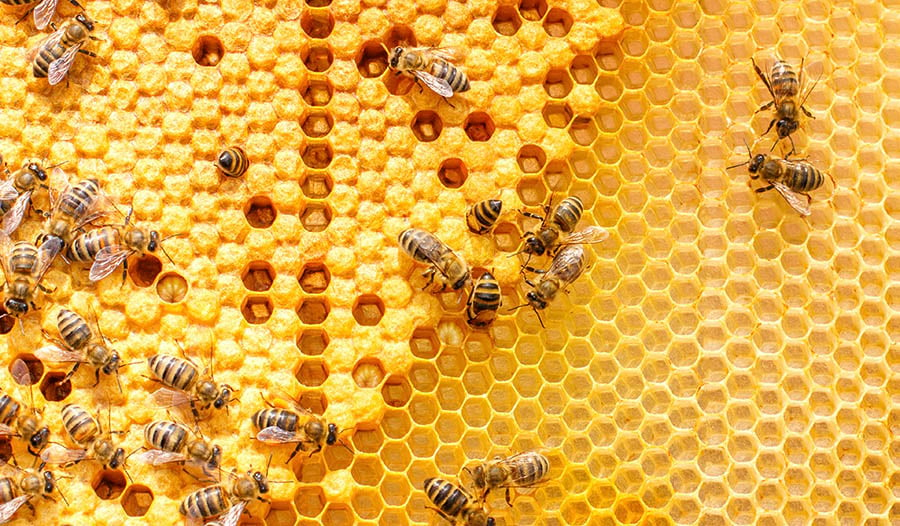 Propolis is the resinous substance collected by bees from the leaf buds and barks of trees - especially poplar and conifer trees. The bees utilize the propolis along with beeswax to construct the hive. Propolis has antibiotic activities that help the hive block out viruses, bacteria, and other organisms. Commercial preparations appear to retain these antibiotic properties. In addition, according to test tube and animal studies, propolis exerts some antioxidant, liver protecting, anti-inflammatory, and anticancer properties.

What is in Propolis?

Propolis contains protein, amino acids, vitamins, minerals, and phytonutrients such as flavonoids. For this reason, some people use propolis as a general nutritional supplement, although it would take large amounts of propolis to supply meaningful amounts of these nutrients.

What does Propolis do?

Propolis may stimulate the body's immune system. This effect may explain why propolis extracts may be helpful in protecting against and shortening the duration of the common cold. In one small double-blind study conducted in Poland, in 50 patients with the common cold, the group taking propolis extract (amount not stated) became asymptomatic far more quickly compared to the placebo group.

The antimicrobial properties of propolis may also help protect against parasitic infections in the gastrointestinal tract. One preliminary study of children and adults with giardiasis (a common intestinal parasite infection) conducted in Cuba showed a 52% rate of successful parasite elimination in children and a 60% rate in adults in those given propolis extract (amount not stated). However, these results are not as impressive as those achieved with conventional drugs used against giardiasis, so propolis should not be used alone for this condition without first consulting a physician about available medical treatment.

Topical applications of propolis containing ointments and creams are showing some promise in several applications including genital herpes, inflammation of the cervix, and rheumatoid arthritis. In the study of genital herpes, ninety men and women with recurrent genital herpes simplex virus infections (HSV type 2) applied either an ointment containing propolis, acyclovir, or placebo (vehicle). Treatment began in the blister phase. The healing process appeared to be faster in the propolis group as on day 10, 24 out of 30 individuals in the propolis group had healed compared to 14 out of 30 in the acyclovir group and 12 out of 30 in the placebo group

Preliminary human studies and a controlled trial found propolis-containing mouthwash was effective in healing surgical wounds in the mouth. In test tube studies propolis has also shown considerable activity against bacteria and yeast associated with dental cavities, gingivitis and periodontal disease, but one human study showed that propolis was no better than a placebo in inhibiting dental plaque formation.

Propolis is available in liquid extract form as well as in capsules and tablets. Topical creams and sprays containing propolis are also available.

What is the Dosage Recommendation?

The typical dosage recommendation for oral use in capsules and tablets has been 500 mg once or twice daily. For topical applications, follow label instructions.

Are there any side effects or interactions?

Propolis is generally well tolerated. However, like other bee products (e.g., pollen and royal jelly) allergic reactions can occur. Possible allergic reactions based on allergic reactions to royal jelly and bee pollen can range from very mild (e.g., mild gastrointestinal upset) to more severe reactions including asthma, anaphylaxis (shock), and even death in people who are extremely allergic to bee products. Use with caution. If you are allergic to bee pollen, honey, or conifer and poplar trees do not use propolis. As the effects of propolis during pregnancy and lactation have not been sufficiently evaluated, it should not be used during these times unless directed to do so by a physician.

In addition to their role in pollination, bees also provide us with some wondrous nutritional products. Not only the sweetness of honey, but also the tremendous health benefits offered by bee pollen, propolis, and royal jelly.

Lots of patients ask me about probiotics. They know what antibiotics are, but they don’t really know what probiotics are for, when they should be used, and who needs them. It’s time to clear up the confusion.