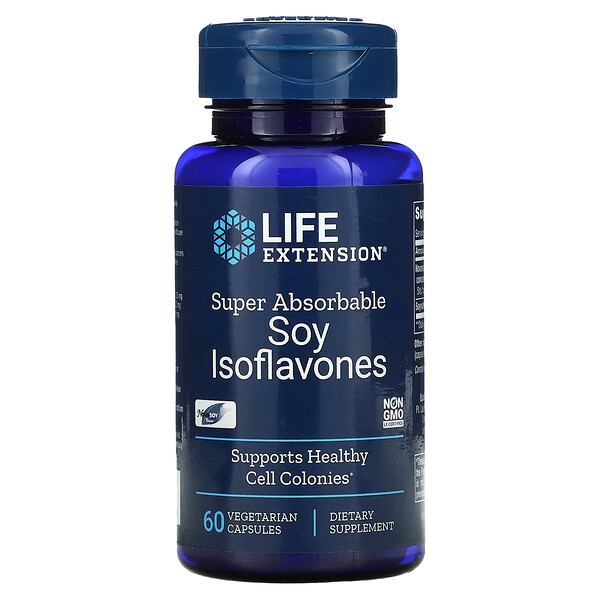 The beneficial effects of soy consumption have been shown in numerous published studies.In particular, soy isoflavones and their byproducts have demonstrated a wide array of benefits, including supporting cardiovascular, cerebrovascular, metabolic and bone health, as well as balanced hormonal activity and healthy cell division.

The three major isoflavones found in soybeans are genistein, daidzein and glycitein. Soy isoflavones are sometimes called phytoestrogens due to their structural similarity to the human estrogen beta-estradiol. Soy isoflavones and their byproducts, produced through bacterial fermentation in the digestive tract, can exert estrogenic or anti-estrogenic effects, depending on the tissue and type of receptor on which they are acting. They also have non-hormonal effects, including signal transduction and antioxidant activity. A number of randomized controlled trials have shown soy isoflavones support bone health after menopause without the side effects.

Other constituents of soy have also demonstrated effects that help explain the health and longevity of Asian populations, such as Okinawans, whose traditional diet includes a great deal of soy.

In response to increasing evidence that other constituents of soy may provide significant cell-protective effects, a formulation has been developed that provides soy extract standardized to isoflavones plus fermented soyfood (natto) that may provide additional benefits.

Microbial fermentation, which is central to natto production, enhances the bioavailability of isoflavones and other nutrients. The enhanced absorption of genistein, daidzein and other nutrients may be significant enough that only one capsule of Super Absorbable Soy Isoflavones is required each day. The Soynatto® used in this formula is produced through yeast fermentation of non-GMO soybeans. Japanese researchers have found byproducts of this type of yeast fermentation support normal blood pressure already within normal range, youthful cardiovascular function and healthy cell function and proliferation.

Read the entire label and follow the directions carefully prior to use.

Take one (1) capsule once or twice daily with food, or as recommended by a healthcare practitioner.

Caution: Persons with estrogen dependent cancers should consult a healthcare professional before beginning a soy regimen.