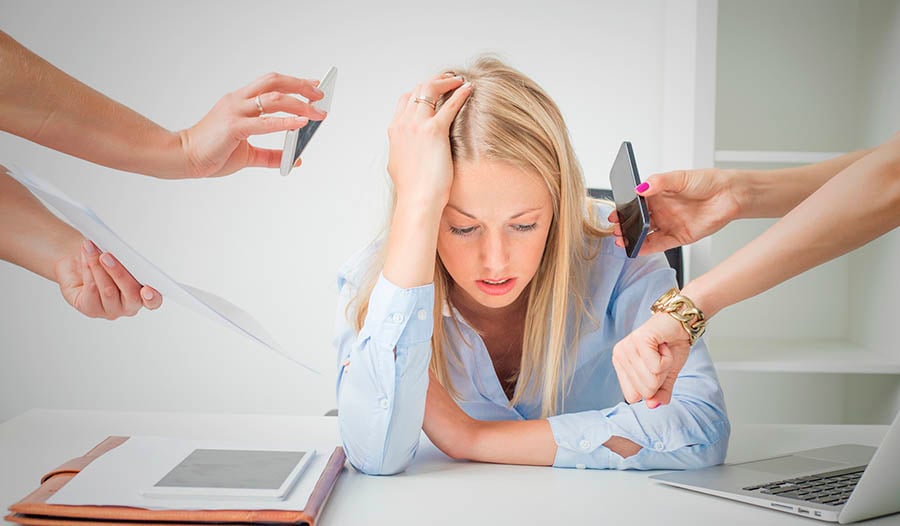 Everyday stress is a normal part of modern living. Job pressures, family arguments, financial woe, traffic and time management are just a few of the stressors we face on a daily basis. For some people, the stress can be overwhelming and may lead to anxiety and insomnia. Fortunately, there is a safe and effective natural remedy that is quickly gaining in popularity in North America.

Natural promotion of a relaxed state

Gamma-aminobutyric acid (GABA) is a natural calming and antiepileptic agent in the brain. In fact, it is one of the brain’s most important regulators of proper function. It appears that many people with anxiety, insomnia, epilepsy and other brain disorders do not manufacture sufficient levels of GABA, according to a 2002 article in the journal Molecular Psychiatry. Many popular drugs such as Valium, Neurontin, baclofen and Valproate act by increasing the effects of GABA within the brain. However, although these drugs have numerous side effects and are highly addictive drugs not suitable for long-term use, GABA in the right form is completely safe and remarkably effective, without side effects.

Studies with synthetic GABA have shown that it does not produce the same benefits as natural PharmaGABA—a special form of GABA naturally manufactured from Lactobacillus hilgardii—the bacteria used to ferment vegetables in the preparation of the traditional Korean dish kimchi.

Alpha-wave production in the brain

Unlike chemically produced, synthetic GABA, natural PharmaGABA is able to produce relaxation with greater mental focus and energy. Specifically, research has shown that PharmaGABA increases the production of alpha brain waves (a state often achieved by meditation and characterized by being relaxed, with greater mental focus and mental alertness). It also reduces beta waves (associated with nervousness, scattered thoughts and hyperactivity).

PharmaGABA is approved for use in Japan as an aid to conquer stress and promote relaxation. It is a very popular ingredient in functional foods and beverages, as well as dietary supplements designed to produce mental and physical relaxation without inducing drowsiness. The most popular applications of PharmaGABA are in chocolate and coffee beverages. It is particularly helpful in counteracting the effects of caffeine.

PharmaGABA is fast-acting, especially when it is taken in a chewable tablet. Generally, the effects are felt within the first 15 minutes and have been shown to last up to four to six hours.

Clinical studies with PharmaGABA have yielded some very interesting results. For example, a 2006 study in the journal Biofactors had subjects who were afraid of heights traverse a suspension bridge that spanned a 150-foot canyon. Halfway across the bridge, the researchers took a saliva sample and measured blood pressure of the participants. What the researchers were looking for in the saliva was the level of secretory IgA—an important antibody in saliva that helps fight infection. Typically, during times of stress saliva levels drop, sometimes quite precipitously. In this experiment, subjects experienced drops in secretory IgA levels if they were only given a placebo, but when they were given PharmaGABA, the secretory IgA levels in the saliva were maintained halfway across the bridge and actually increased upon completion of the crossing.

A 2007 study with PharmaGABA published in Alternative Medicine Review demonstrated an impressive ability to improve sleep quality. The ability to feel refreshed and ready to tackle the day requires us to achieve deep levels of sleep and to stay in this deep sleep for sufficient time. Unfortunately, many people do not achieve these deep levels of sleep. Conventional sleeping pills actually inhibit deep levels of sleep and disrupt normal sleep patterns, causing people to wake up feeling more tired when they went to bed. That is definitely not the case with PharmaGABA.

PharmaGABA can be used whenever someone feels a bit “stressed out.” For best results use it in a chewable tablet form at a dosage of 100 to 200 mg up to three times daily. To promote a better night’s sleep, take 200 to 300 mg at bedtime. PharmaGABA is completely safe and without any known adverse drug interaction. As a general guideline, take no more than 600 mg within a six-hour period and no more than 1,200 mg within a 24-hour period. 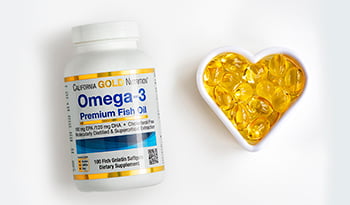 What Does The Research Say About Omega-3 Fatty Acids and Heart Disease?

When it comes to heart disease, reducing risk factors like high blood pressure, cholesterol, and diabetes is important. Omega-3 fatty acids may also be key to a healthy heart.

Why Are Men At Higher Risk For Heart Disease? A Doctor Explains

Why do men have heart disease at higher rates than women? A doctor explains the reasons and offers tips for reducing your risk.

Heartburn and acid reflux are common issues that can be alleviated with natural supplements, approaches, and lifestyle modifications.